Last weekend I made it to my fourth and fifth major league baseball stadiums this summer, Oriole Park at Camden Yards in Baltimore and RFK Stadium in Washington, D.C. The two home teams did not look good as the Orioles continued their freefall by getting pounded by the A's 12-3, and the punchless Nationals fell to the Cardinals 6-0.

The highlight that made the sports shows from those two games was Albert Pujols getting ejected in the first inning after getting thrown out on a steal attempt. Pujols was not in the umpire's face at the moment; he was warming up in his defensive position at first base. Perhaps Albert said something very nasty to the ump, but the umps need to be reminded that people come to baseball games to see guys like Albert Pujols, not the ump. Lose the rabbit ears.

My tickets to both games were in the upper deck directly behind home plate and cost $27 each including online fees. Oriole Park is supposed to be the model for modern stadiums and RFK is supposed to be a tumbledown stopgap measure, but my experience at RFK was better because my view wasn't obstructed by a constant stream of people going up and down the stairs. It appeared to me that the view from about 10 seats around every upper deck stairwell in Oriole Park is ruined by a design error, which adds up to hundreds of seats. After a few innings of trying to see the batter through the comings and goings of everyone in the section, I moved higher up down the first base line. 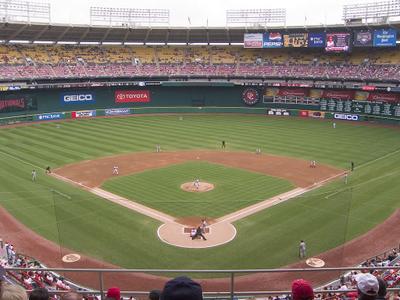 Here are the five stadiums I made it to this summer.

Of the new parks, I came away with mixed feelings about Camden Yards and I didn't see Miller Park on its best day. I've been harking back to other ballparks I've seen over the years and they range from utilitarian to special. In addition to the five listed above, they include Baltimore (old), Minnesota (old and new), Houston (old and new), Chicago (both), Anaheim, Atlanta and New York (Yankee Stadium). But only one view in a baseball park gives me a "Wow" time after time – emerging from a tunnel at Fenway Park and having the Green Monster loom into view. Although there are a lot more bad seats than at Camden Yards, every baseball fan should save up their pennies (lots of pennies) and take a trip to Boston and Fenway Park once in their lives.

Although I am planning to take in a few Arizona Fall League games in November, that's the end of my MLB ticket buying for this year. Today I'm off to Ireland for two weeks.