Today was my last full day in Charleston before moving on to St. Augustine. In the morning I took the Ft. Sumter tour to see where the first shots of the Civil War were fired.

I'm sure in the 19th Century a harbor fort made sense for coastal defense when you also had control of the nearby mainland. But if all the land around you is hostile, you are just a target for enemy artillery practice. It's best to give up and sail back to New York, which is what the undermanned Yankees did when the Rebs started lobbing shells at them.

Much of the original fort was blasted into rubble when the Yankees came back, 1863-65, so the structures on the island actually were built after the Civil War. Still, it's a fascinating old fort, and it was my one chance to get out on the water here.

In the afternoon I headed up to Cape Romain NWR to see the Red Wolves. The enclosure is on a trail behind the Sewee Visitor Center, which is shared by the Fish & Wildlife Service, Forest Service and others. The Red Wolf used to cover much of the Southeast but is now endangered.

There was one wolf in view, and I got the below image through plexiglass. Click on the images for larger versions. I also hiked the mile-long trail to some small ponds, but no images resulted from that. 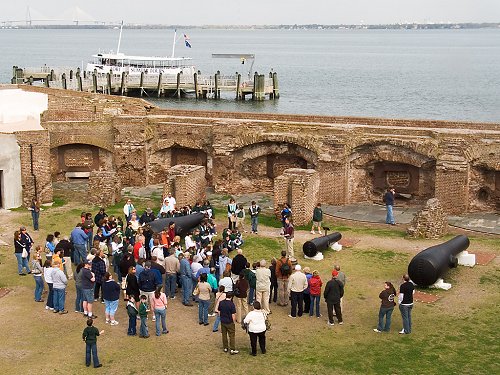 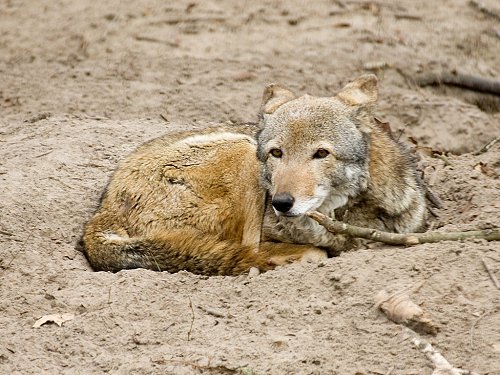