My month of employment ended Monday, so Tuesday I slipped back into retirement and drove west to the Black Hills and to see how spring was progressing. In Custer State Park and Wind Cave National Park, I saw the usual bison, pronghorns and prairie dogs, but also managed to spot some marmots (related to woodchucks) and the elusive elk. I found what I hope is a good elk location for my trail camera and will check it in a few weeks.

On the way home I stopped at a golden eagle nest 10 miles east of Wall. Last year I was there in June and saw a large brown chick about to fledge, and no adults. This year, nearly a month earlier in the season, the chick was small and still white, and the two parents were lurking nearby. I got this image when one of the adults flew in with some nesting material. (Click on the images for larger versions.) 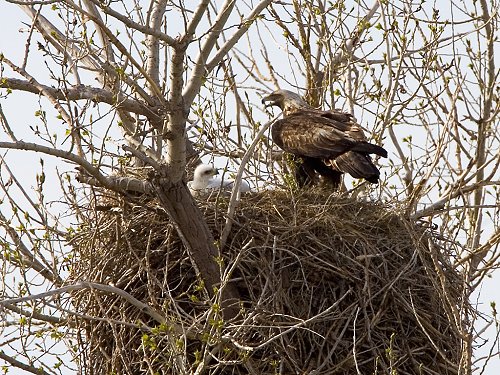 Further down the road on the Lower Brule Indian Reservation, I stopped at a prairie dog town in an attempt to find burrowing owls. When one of the prairie dog-sized creatures started flying around, I deduced it was one of the owls. I saw quite a few through binoculars, and one posed on a post long enough to get a few images. 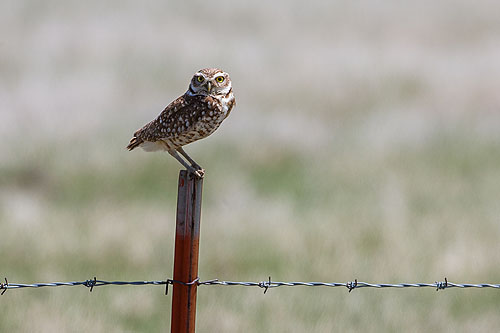