I made an unexpected trip to Houston this week, so the only camera I had on a side trip to Johnson Space Center was my phone. I usually carry at least a Canon S95 point-and-shoot if I expect to take photos, but like I said this trip was unexpected. Some of the inside photos are a bit blurry or noisy, but cameras have been dumbed down to fit inside phones so what can you do? I'm not used to taking pictures with my phone, so my finger made it into one of them. See if you can spot it.

It has probably been 25 years since I have been to the space center, and I seem to recall that the Saturn V was sitting outside at that time. Now it has its own huge building separate from the visitor center. Click on image to bring up the thumbnail page. 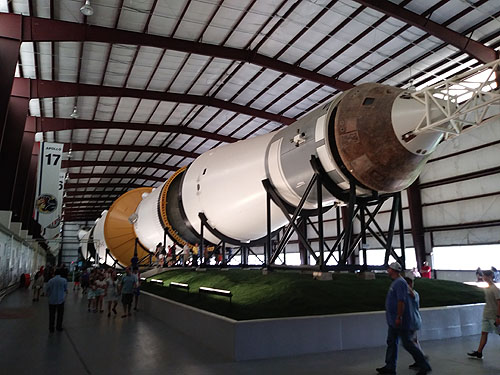