For the past six years, I've spent May away from home in either New York or Chicago. This year, my annual May project has been split into a semiannual project in February and August, so I'm home in May for the first time since 2009.

The latest run out to the Black Hills to retrieve trailcam images was this week and the most interesting series took a bit of deciphering. The first four images showed a coyote, which is not unusual. The fifth image showed a deer popping up from behind the hill. Shown here is the sixth image where it appears the coyote is taking off after the deer (upper right). Not a great image, but an interesting scenario with an unknown ending. Click on any of the images to bring up the thumbnail page. Also included are some SLR shots of bluebirds and baby bison, and a bad shot of the transit of Mercury. 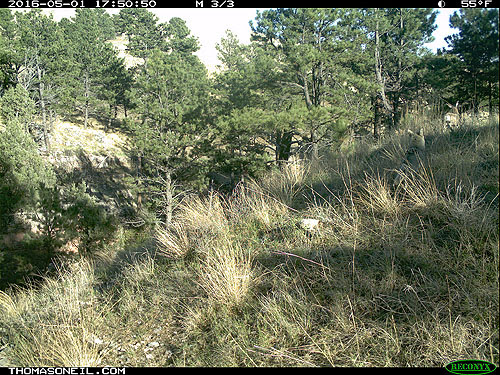 I often get coyotes running past my trailcam as they track elk, deer, or whatever. This is one of the better shots I've gotten. 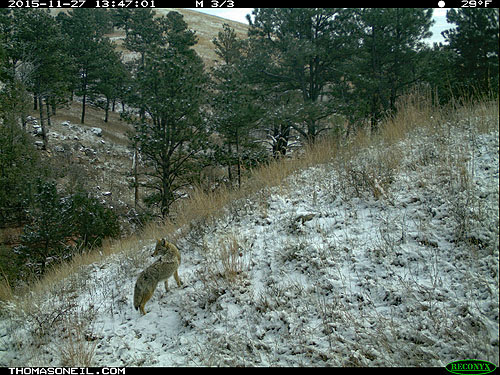 Here's one of a devil dog (or a devil yote) at night. 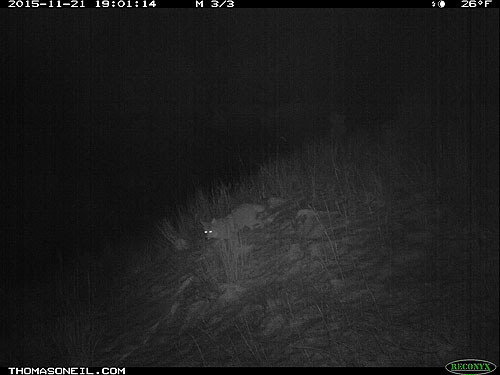 And finally, this is what they are chasing. 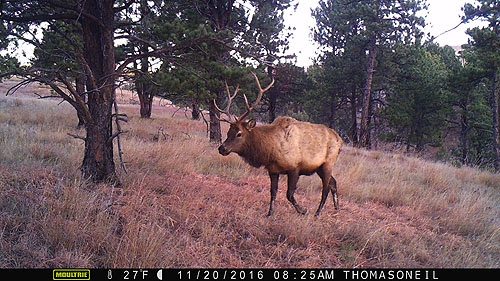 I only had one trailcam deployed during this 7-month stretch. This time I put the Moultrie back in service and also put a new Primos on the same tree as the Moultrie. Doing this will give me a chance to compare the two. I've had trailcams in Wind Cave National Park since 2009 and at this particular site since 2012. It might be time for a change to a different site in the fall. I've already picked out a potential site in Custer State Park, but I haven't actually visited it yet.