South Dakota has gotten plenty of snow and rain the last couple of months and the state is green everywhere, except for the brown and black parts in and around Custer State Park. The effects of December's 54,000-acre Legion Lake Fire are plain to see as the burned forest stands in contrast to the flourishing spring grass.

In the '60s while employed by South Dakota Game, Fish and Parks, my dad Jerry O'Neil was on the Board of Directors of the Keep South Dakota Green Association, an organization formed in response to devastating wildfires. In the '70s and '80s, he was the forester for Black Hills Power and Light. The recent fire happened to be caused by a tree falling into a BHP&L power line. After this week's drive through Custer State Park I couldn't help but think how it would look through his eyes today.

Although much of the burn area looks more like the singed middle of this photo than the completely-burned top, having all of those brown trees still standing means extreme fire danger when things dry out. The park is frantically trying to clear the dead trees from along the heavily-traveled Wildlife Loop Road, but it will take a long time to recover completely from this fire. But, as is evident in the bottom of the image, the grass is doing fine. 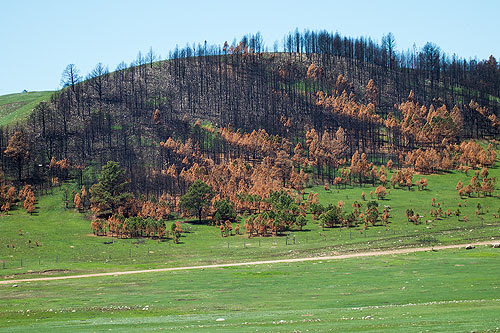 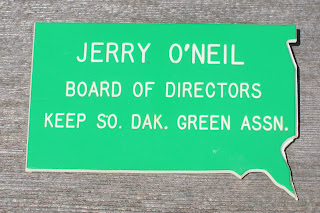 One of my primary goals on this trip was to find the Moultrie trailcam that I had deployed in the fire area. An effort to find the camera in February failed due to snow cover. This time I found it, although my worst fears were confirmed when it turned out to be a charred and melted mess. I'm going to make a perfunctory effort to try to read the remains of the SD card, but I am not confident it will work.

I deployed the two cameras that survived the fire, the Reconyx and the Browning, in a new area outside of the parks. I decided to put them on the edge of another burn area, the 2000 Jasper Fire around Jewel Cave west of Custer. Large elk herds have been seen in that area in the past, but I'll probably check the cameras more frequently in the near future to make sure I have them in a good area.

After that I headed to the Badlands where I was disappointed to find the Sage Creek Rim Road closed. This is usually the best place to spot bighorn rams. Instead I settled for a herd of 17 ewes which crossed the road at the Pinnacles Overlook. 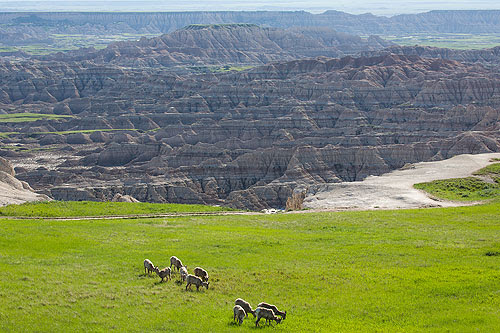 Updates: I added a few more images from my February trip out west and a moose from my trailcam in Montana. See the last four images in this slide show. Also, earlier this month I happened to be back at the Kansas Cosmosphere, one of the great space museums of the world. It is in the most unlikely location on the campus of a junior college in Hutchinson. I was disappointed that Liberty Bell 7 was out on loan, but the Apollo 13 command module was still there. I added three images to this slide show.