With the NFL conference championship games about to start, I've been thinking about the people who attend these games and what they wear. I'm known as something of a fashion trendsetter so I've come up with a few fashion rules about wearing player jerseys.

What I'm saying is middle-aged guys shouldn't go around wearing Kobe Bryant jerseys. You look ridiculous. His father Joe "Jellybean" is two years older than me so even I can wear one of his jerseys, if such a thing exists, but for Kobe you have to be 29 or less.

I hadn't been on a plane for eight months so TSA nabbed me for trying to take two cans of Diet Coke through security at the Albuquerque airport yesterday. I thought the new rules only applied to tubes of stuff, not unopened cans of pop, but I was wrong. They gave me the option of surrendering them or exiting the security area and consuming them. I had some time and there were no lines, so rather than risk a caffeine-withdrawal headache (and unwilling to pay airport prices), I went out and chugged them.

So it was quite funny when one of the first news items I heard after getting off the plane was that Atlanta QB Michael Vick had a similar experience in Miami on Wednesday. TSA wouldn't let him through with a water bottle, so reluctantly he surrendered it so he could catch his flight back to Atlanta. Except the drug in his water bottle wasn't caffeine; it was (allegedly) marijuana hidden in a secret compartment. He might not even be charged with an offense, but this incident proves he is a dope. Pun intended.

Anyway, I had been in New Mexico for my fourth trip to Bosque del Apache NWR. On previous trips (October 2004, March 2005, November 2005) I saw a lot more coyotes than roadrunners, but this time the situation was reversed. I came across five or six roadrunners, and no yotes. Perhaps Wile E. is holed up, waiting for his next shipment from Acme.

See my web site for a full trip report and all of the photos. 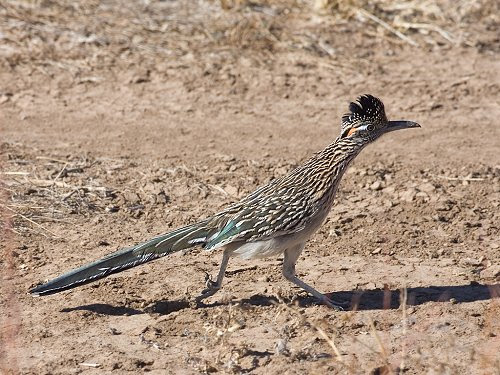 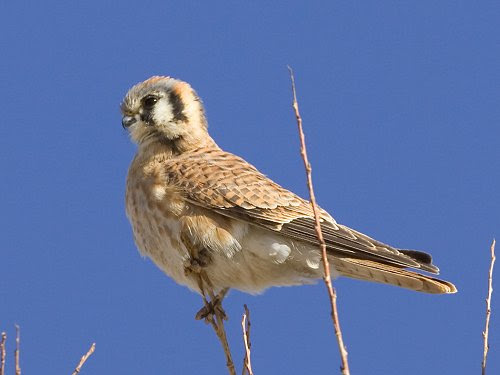 Parker River National Wildlife Refuge in northeast Massachusetts is reported to attract Snowy Owls in winter, so I made the 100-mile trek last week to check it out. The refuge is located on Plum Island, a barrier island consisting of sand dunes and salt marshes. I spent parts of three days in the search and all I found to aim my camera at was a few harriers and the usual assortment of ducks and geese.

However, when reviewing what I thought was a distant harrier shot, I saw that I had something else instead. It's not the white Snowy I was hoping to see, but there's no doubt it's an owl. 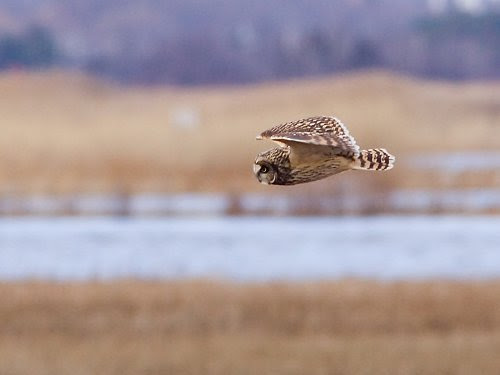 Next Saturday it's off to New Mexico for four days of shooting at Bosque del Apache NWR. Who knows what further surprises await?