I didn't make it down to see the eagles and geese and Squaw Creek NWR in northwest Missouri last year, so I wanted to make sure to get there this year. The refuge web site said there were more than 100 eagles watching the geese, but when I made it there on Friday there seemed to be more people than eagles. Maybe they (the eagles) have already started to move on. I snapped a few images Friday and Saturday morning before trying to beat a blizzard back to South Dakota. Instead I got stranded in Onawa, IA overnight before making it home.

Missouri eagle
Posted by Tom O'Neil at 1:02 PM No comments:

In 2004 I visited several fabulous photo locations, including the Galapagos and British Columbia. But the only image I have ever gotten around to naming came from an August 2004 boat ride to Machias Seal Island off the coast of Maine. The scientific name for the Atlantic Puffin is Fratercula Arctica, which translates as "Little Brother of the North."

"Little Brothers" is the cover image for a new book from Down East Enterprises, "Nothin' but Puffins, and Other Silly Observations." Author John McDonald is a noted Maine storyteller and humorist. There are 64 photos in the book and 22 of them are mine. 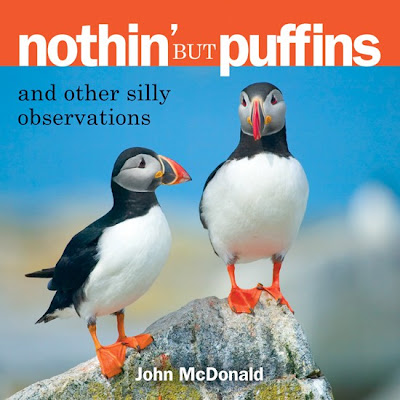 When I was spending a lot of time in Washington, DC about six years ago, they hadn't yet completed the World War II Memorial. Now they have. Click on images for larger versions. 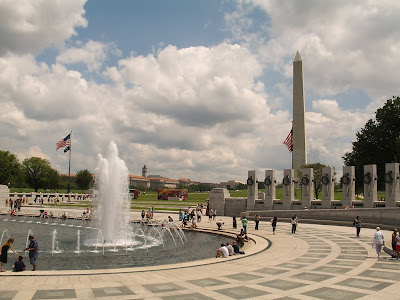 I've never seen these before this year. If my notes from New York are correct, this is from Peru and is called Pachystachys lutea. 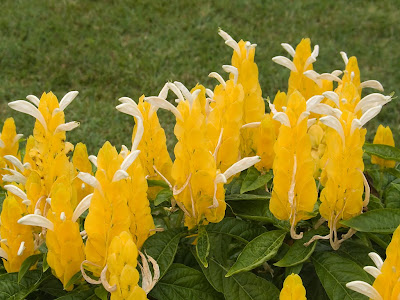 I strolled up the National Mall and made it to the gardens behind the Smithsonian Castle before it started to rain. 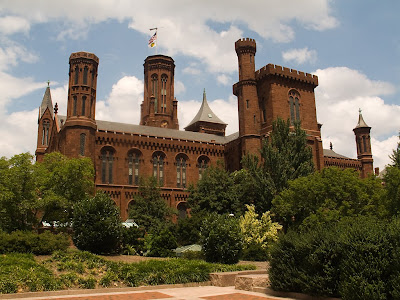 I'm here for another few months so I'm sure I will revisit many places such as the Air and Space museums and the National Zoo.

I wanted to cap off last week with images of burrowing owls in central South Dakota, but I didn't see any in the prairie dog towns where I saw them in May 2009. Maybe the hot, dry wind pushed them under ground and I went home with an empty memory card. At home over the long weekend I decided to finally get some shots of the goldfinches that frequent my bird feeder. When I lived in Massachusetts I got a lot of goldfinch images in my back yard, and after a slow start I've finally built up a goldfinch clientele at my South Dakota residence. Click on the images for larger versions. 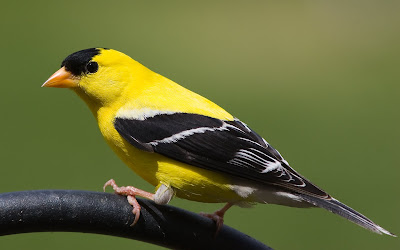 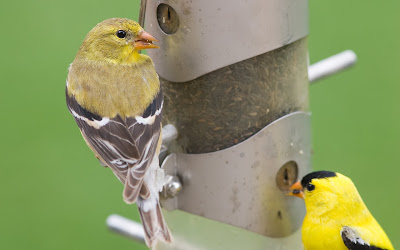 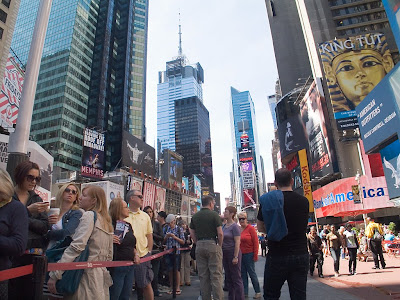 During my trip east I drove by my old house in Massachusetts. New siding and a new roof. The 15 statues of bunnies, cherubs and saints are also new. Click on the image for a bigger version. 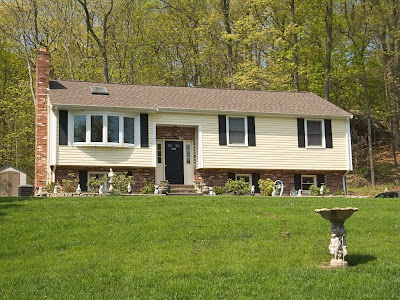 It's time for the Photo of the Year. As usual, I'm the only one allowed to enter and the prize is an all-expense paid trip to Keokuk, Iowa to chase eagles, which I hope to do sometime in the next few weeks.

Previous POY have something in common; with the exception of one unfortunate fish in a supporting role, birds are the subjects. Although I was tempted to award the POY this year to the mountain bluebird from May, I decided to go mammal this year with a Rocky Mountain Bighorn from December. There are some leaping bighorns from this same sequence, but I decided to go with the portrait.

Bighorn in the snow