It was the greatest adventure of a lifetime, my cruise to Antarctica in December 2003. I carried two Canon digital cameras, a 1D SLR and a PowerShot S45 point-and-shoot, as well as a medium format Fuji GW690 film camera. Despite this arsenal, I "only" posted about 65 images from the almost 2,000 I took on this trip. I've been known to post 21 images of a single bighorn working its way down a cliff, so by my current standards 65 wasn't that many. I was looking through my image files from Antarctica and decided that about 40 more were worthy of posting. My next project is going back and reprocessing the 65 original images to reflect the improvements in Photoshop and my own editing skills since then.

Most of the "new" images were of chinstrap and gentoo penguins going about their business. Click on any of the images to start the 105-image slide show at that point.

Chinstrap with a rock

Gentoo with a rock

Gentoos on a ledge

Baseball resolved its labor dispute and will start on time. I used to extensively patronize baseball 20 years ago, even maintaining baseball web sites (squeezebunt.com and BaseballArizona.com) for 6-7 years. What I learned in those years of attending the Arizona Fall League and spring training is there are countless minor leaguers barely scraping by, hanging on in the hope of breaking into the big time. The first image below is from the 2002 Arizona Fall League, featuring a Red Sox minor leaguer by the name of Kevin Youkilis. I recognized the name from the 2000 Bourne Braves of the Cap Cod League, where he summered while attending U of Cincinnati, and that's the second image.

Youkilis went on to a somewhat distinguished career, picking up the nickname, "The Greek God of Walks" for his ability to get on base. (Just to explain this to modern players, if the pitcher throws the ball a foot outside, you don't have to try to pull it for a home run.) He was an excellent fielder, and won two World Series rings with the Red Sox, although he didn't actually make the post-season roster in the 2004 epic drama. Even in 2007 when he won a Gold Glove at first base, he had to sit in favor of David Ortiz when there was no designated hitter for the two games in Colorado. (He did play in both games as a defensive replacement as the Red Sox swept, so he was on the field as the celebration started.)

Youkilis doesn't look like an athlete. He is shaped something like a barrel, and his batting stance was weird. But it just shows with the peculiar talents needed for baseball and with perseverence, you can make the big leagues. And if you were lucky enough to be with the Red Sox during the first decade of this century, you could have become Tom Brady's brother-in-law. 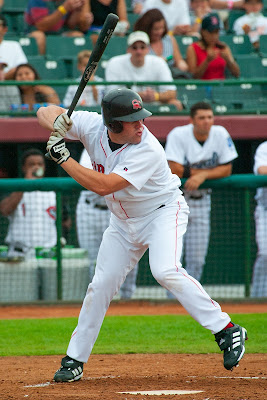 The Greek God of Walks with the Scottsdale Scorpions, 2002 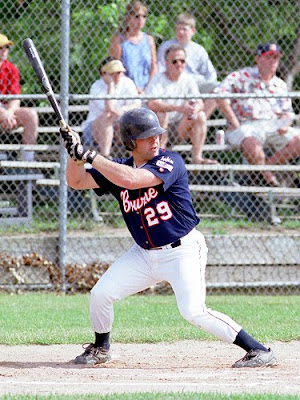 Oh, wow. Mark Texiera playing for Orleans in the summer of 1999. He was attending Georgia Tech at the time. 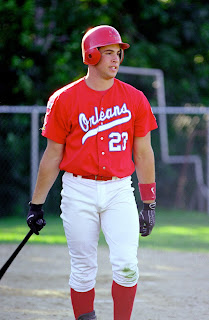 Just for the heck of it, I'll throw in this picture of Frank Robinson from the first time I attended Arizona Fall League in 1999. He was the league's Director of Baseball Operations at the time. I hadn't seen the original of this image for quite a while until today. 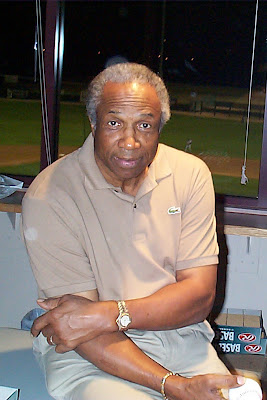 Red Lodge is a ski town, although not a crazy obnoxious resort town like Vale. And I don't ski. But I am good at spectating, and we had the Ski Joring National Championships in town last weekend. It's crazy people on skis getting pulled by horses. Also included in this slide show is two images of a moose that found my trailcam near the old miner's cabin south of town and red-tailed hawks near Belfry and Edgar.

In April 2006, I hit both coasts of Florida to take in some exceptional birding sites, Honeymoon Island on the Gulf and St. Augustine Alligator Farm on the Atlantic. Honeymoon Island has the greatest concentration of osprey I've ever seen, and the alligator farm hosts hundreds of nesting birds, which are protected from predators like racoons by the dozens of gators swimming around below the trees.

I was looking at those images today for some reason and thought the color and contrast looked a bit off, so I reprocessed them. I believe with 16 additional years of experience and the evolution of Photoshop, I improved most of the 40 images. Just for good measure, I added four more. Click here for a writeup on this trip. This is the image that got me started, followed by a couple of the new ones. Click on any image to see the whole show. Now I'm looking at my images from the same sites in 2007, and that might be my next project.

Maybe I can eat his head