The reason I took early retirement in August was so I could drive around the American West aimlessly, snapping photos of whatever caught my eye. Recently I completed my first such drive, crossing 11 states and seeing such varied things as mammoth bones, Chinese baseball players, migrating birds, and derelict spaceships. It will take me a few days to go through all my photos, but here is a sample, a roadrunner at Bosque del Apache NWR in New Mexico. 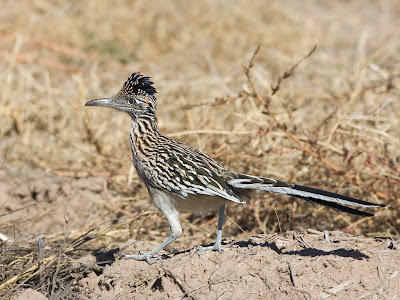 The sequence between Oct. 24 and Nov. 7 goes something like this. I drove through the Black Hills of South Dakota, stopping at the Mammoth Site in Hot Springs to see the excavation of skeletons of animals that fell into a sinkhole 11,000 years ago, primarily mammoths. After a visit in Colorado, I continued on to Scottsdale, Arizona where I took in four Arizona Fall League baseball games. In addition to games between the usual six teams of minor league prospects, this year the Olympic teams from USA and China also were playing in the league for a week. Then it was on to Bosque del Apache for a couple of days to see the cranes and waterfowl. 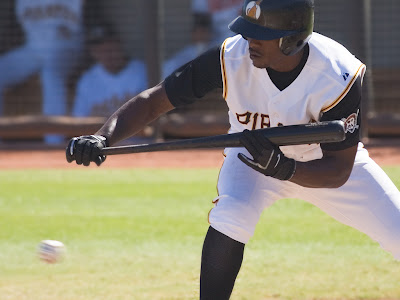 My route home took me through Hutchinson, Kansas where I made a second visit to the Kansas Cosmosphere. The first time a few years ago I saw the Apollo 13 command module Odyssey, but the Liberty Bell 7 Mercury capsule was on a national tour. This time Liberty Bell 7, which was restored at the Kansas Cosmosphere after spending 38 years on the ocean floor, was in its permanent home. My final stop before heading home was Squaw Creek NWR in Missouri to see the waterfowl and a few eagles. 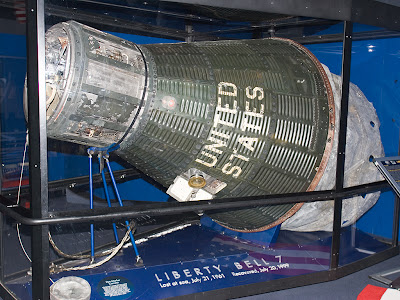 I've been asked where my next drive will be. My guess is I'll take some short eagling trips to Squaw Creek in December and the Mississippi River in January before embarking on another long one, and I haven't chosen the direction yet.