For the third straight spring, I'm in New York City for an extended assignment. So of course that means flower pictures. I made it to Brooklyn Botanical Garden today for Sakura Matsuri, whatever that is. I never really figured it out, but there were many people, many in costume, many with a Japanese theme. Fortunately they hadn't trampled all the flowers yet. The azaleas, peonies and rhodos were in full bloom.

I'll keep adding to this gallery, flowers and otherwise, through May and perhaps part of June. New York Botanical Garden has a Monet garden exhibit opening May 19, so hopefully I will be able to make it up there for that. Click on the image to start the slide show. 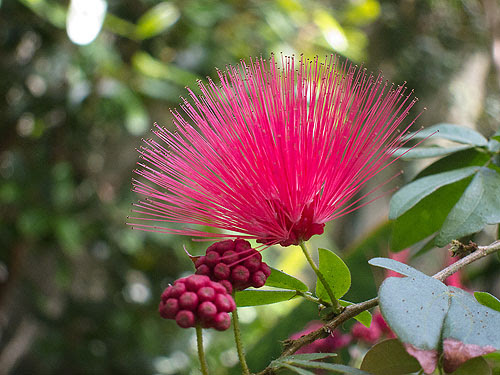 Old Picture of the Week

Back in 2004 I visited the new Steven F. Udvar-Hazy Center near Dulles Airport in Chantilly, Va., a branch of the National Air and Space Museum. One of the major displays was the space shuttle Enterprise, which was used for unpowered test flights in the 1970's. On April 27, 2012, I happened to be in lower Manhattan as the Enterprise flew (on the back of a 747) up the Hudson River on its way to Kennedy Airport and eventual permanent display at the Intrepid Museum in New York. The Enterprise is being replaced in Virginia by the shuttle Discovery. 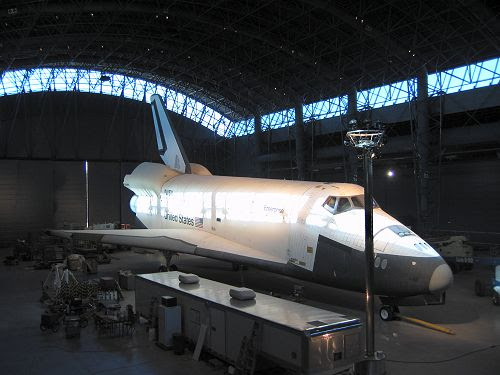 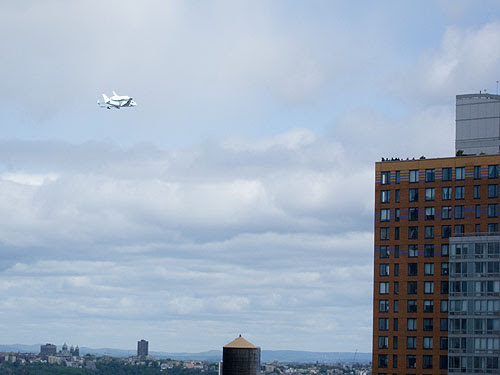 Early April isn't the ideal time to visit the parks in the southern Black Hills. The wildlife babies aren't running around yet, and the landscape is still brownish. But I'm still working in Chicago most of the time and my annual 7-week trip to New York City is coming up soon, so I figured today was my last chance before summer to check my trail camera in Wind Cave National Park.

The camera clicked off 3,600 images in my four-month absense. It turned out that only 125 of them had anything interesting in them, and the rest were triggered by shadows and wind. There were images of elk, deer, coyotes, grouse and ravens, none as good as my last batch. The first image below is probably the best of the bunch and shows an elk on Feb. 27 with a thick winter coat. There was still plenty of battery power remaining so I moved the camera 200 yards east, which hopefully will catch the elk and other critters as they come up out of a ravine. I'm guessing my next check will be in September.

The thousands of false triggers did tell me something – it was a warm, open winter. There weren't more than a couple inches of snow at any time, none after Feb. 11. Daytime temperatures were usually above freezing, and it was 80 degrees as soon as March 10, 90 degrees on March 30!

After I took care of the trail camera, my next stop was a campground in Custer State Park where I had spotted some bighorn sheep earlier in the day. Four rams were in the campground, grazing and loafing. I snapped pictures for perhaps an hour, but after a while all four were laying down and acting drowsy. It's the wrong time of year for butting heads. Click on the images to see the respective galleries. There are only three new images in the updated trail cam gallery, but even though I was only there a few hours I got carried away and posted 34 images (mostly bighorns) in a new park gallery. 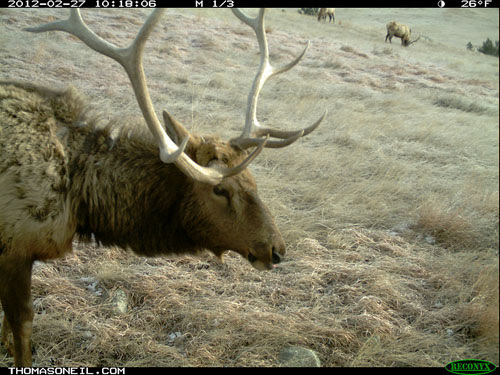 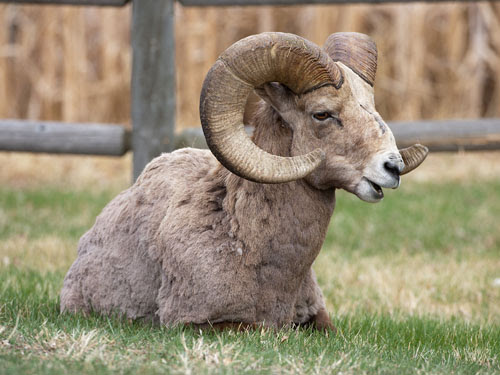