Last week I was able to retrieve images for the past six months from my trail camera in Wind Cave National Park. In addition to elk and a coyote I also found this puzzling series of three images which were taken 1 second part at 2:00 p.m. on May 2, 2012. It appears to be a cat, not a coyote, so I asked mountain lion expert Dr. Jon Jenks of South Dakota State University to take a look. He thinks it's probably a bobcat. Click on the image for a full-sized version (and you can decide for yourself). The second and third photos also are from the trailcam, while the fourth was taken on the trip in Badlands National Park by my friend Sue with my camera.

I changed the batteries and left the camera in the same spot, so we'll see what happens in the next six months. Click on the cat to load a larger image. Click on the bighorn to load a slide show of images from the Black Hills and Badlands. 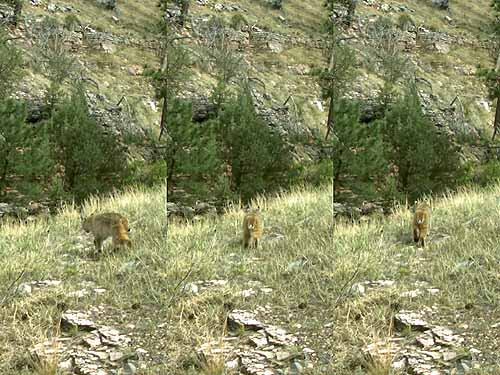 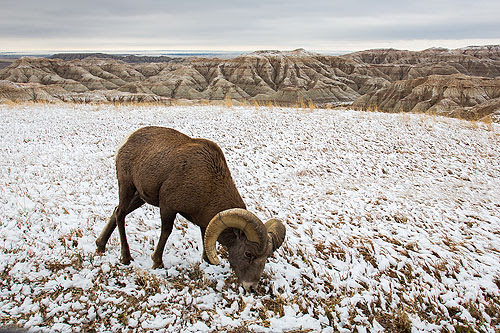