I don't know what I was thinking in February 2011 when I put together my annual Mississippi River eagle album. I posted seven images, only four of them of eagles, and said in this blog that I didn't get much. It's true I didn't get many flight shots except a few in Keokuk, mostly against gray skies. But upon further review, I got some really good roosting images, most of them above the road to the boat ramp (officially the Henderson Creek Day Use Area) near Lock & Dam 18, Gladstone, Illinois. When I bought my car in 2009, I got a sunroof so I could take photos of birds roosting in trees, specifically eagles roosting above that road. A car is a rolling photo blind, and the more openings to shoot through, the better.

When I went through my pictures again today, I selected 30, including only three of the seven previously posted. So this album includes 26 new images, including this fellow staring down through my sunroof. 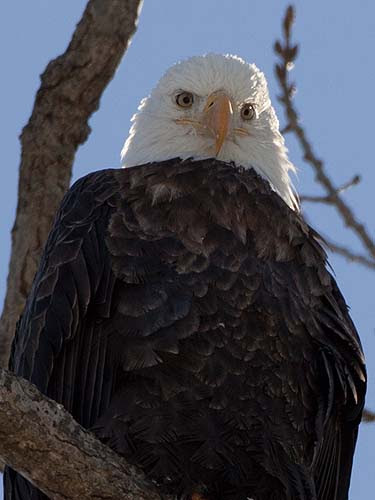 There are a couple reasons why I'm going through my photos from 2009-2013. First, I was employed for much of that time and didn't always have time to go through my images thoroughly. Second, the laptops I used for most of my editing don't have the best screens. Now I'm using a large external monitor and I think my color and brightness adjustments are more accurate. Third, since camera resolutions and screen sizes have increased over time, I have increased my standard large photo size from 1024x768 to 1200x900. 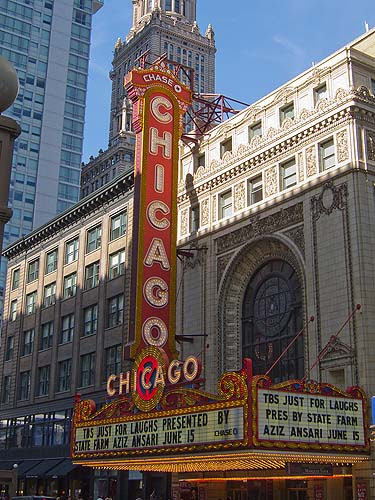 From August 2011 to August 2013, I was working in Chicago and was negligent in keeping my web site up to date even though I was still traveling and taking photos. Now that I'm back in retirement and not employed (most of the time), I finally got around to updating the site with more than 200 new photos as follows: