I had to get from Chicago to South Dakota and wanted to include my annual Mississippi River eagles trip as part of the trip. Alas, the Corp of Engineers site wasn't giving me good news about eagle numbers around Keokuk and Burlington, so I decided to hit Squaw Creek in northwest Missouri for the second time in a month. The snow geese were mostly gone, but eagle numbers had increased. Along the way I made the usual stop at Neal Smith NWR just east of Des Moines to see the small elk and bison herds.

Click on the image to start the slide show. 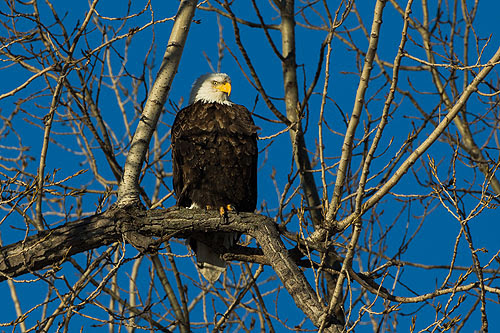