I'm not an early adopter any more, but I did acquire a Canon M100 mirrorless camera today, one day after the official US introduction. It is a cloudy, windy day today, but I went down the local duck pond a few minutes ago to see what it can do.

I also bought a converter so I can use my full-sized EOS lenses on it, so my combo for today was the M100 and the venerable 70-200 f4. I know the lens is sharp due to an image I got in the Galapagos many years ago, but it lacks image stabilization so I need to keep a close eye on shutter speed. I manually set shutter speed for 1/500, which resulted in a wide-open f4 and narrow depth of field. The birds closest to the camera are fuzzy, which you can see if you click on the image to bring up the larger version. With that proviso in mind, I see the M100/70-200 combo standing in for the 5D Mark III/100-400mm when I feel like traveling light. And when I am in full 5D Mark III/500mm monster lens mode, I'll have the M100 with its 15-45mm kit lens to cover the shorter end, which is a few steps up from the 7-year-old S95 point-and-shoot that has been filling that role.

I've been shooting RAW instead of JPG 99.9% of the time since my first digital SLR in 2002. One pain-in-the-ass problem which I also endured with the 5D is my version of Photoshop Elements can't process the M100's RAW files. Eventually I upgraded from version 9 to version 14 so I could process 5D RAW files. Until I get tired of the extra steps involved and spend the $99 to upgrade Elements, I'll have to convert the RAW files to DNG files using Adobe DNG converter. 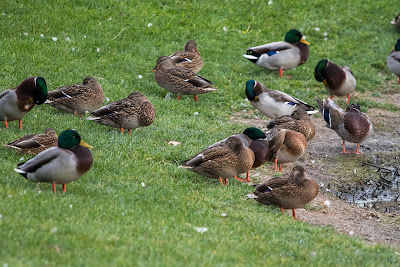 After I got back I saw this weird cloud formation like piano keys in the sky and and got this shot with the 15-45mm kit lens. 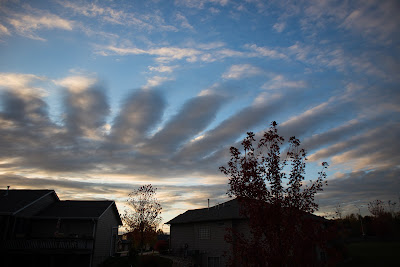