What is officially known as the Robertson Draw Fire has caused a great deal of consternation in and around Red Lodge, MT, our new home. It actually started on Sunday but didn't become spectacular until Tuesday when rough terrain, 95-degree temperatures and high winds made it impossible to keep the flames from consuming the trees on most of Mount Maurice. A helicopter battling a blaze elsewhere in Montana crashed Tuesday due to the high winds (thankfully no fatalities), and everything was grounded here in the afternoon.

By Wednesday morning, conditions were more favorable for a string of airplanes and helicopters to dump water and fire retardant on the flames. The fire is still not under control, but it is not threatening the town at the moment. I thought for a while we might have to evacuate Tuesday, not in fear of the flames, but the thick smoke driven by the wind. Fortunately we were never hit by the smoke, and the forecast seems to indicate favorable winds (at least for us) for the next few days. Here are a few images and a video from Tuesday and Wednesday. 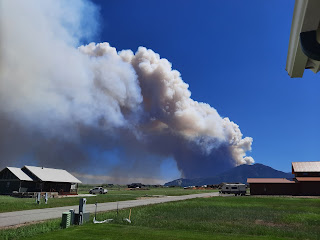 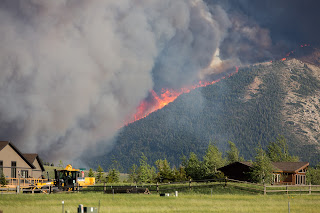 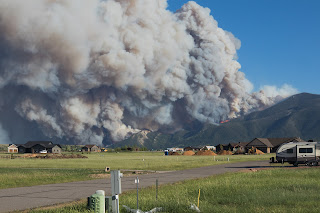 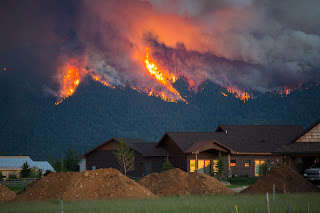 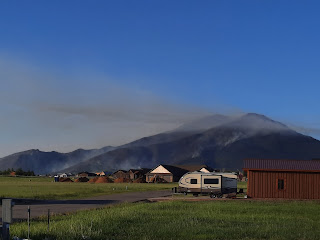 Things had calmed down by Wednesday morning 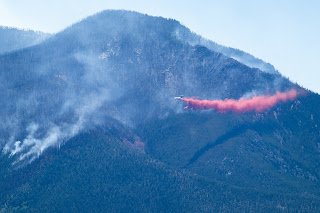 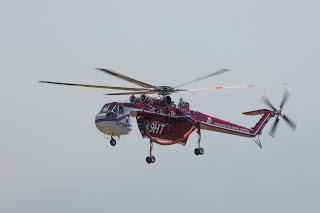 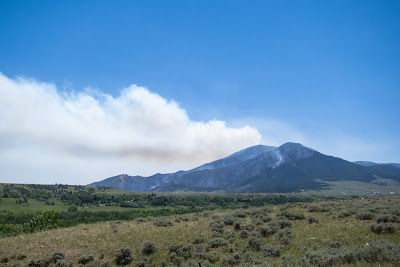 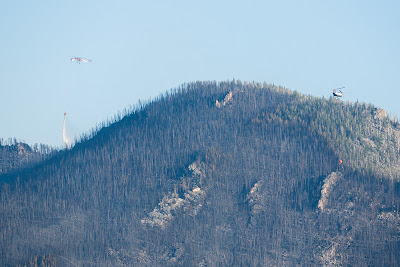 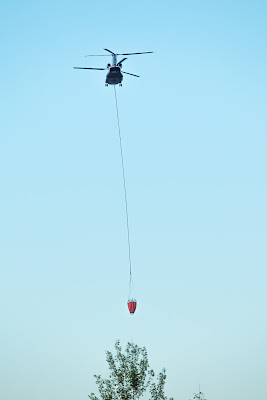 Wednesday evening, heading back to base after a long day 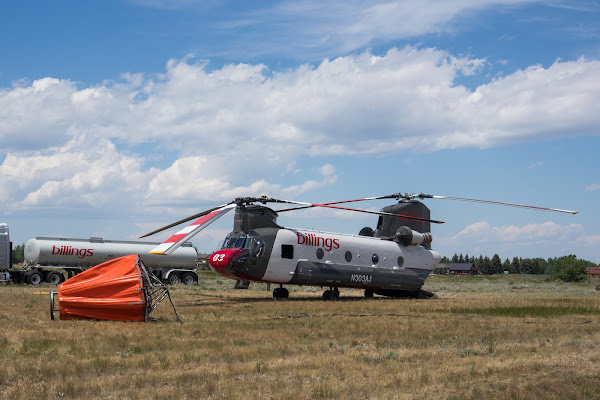 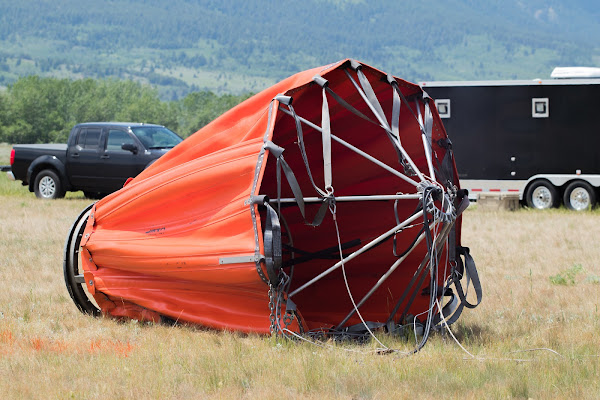